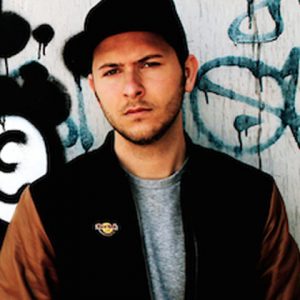 Dj Casto is born on 12/09/1987 in Palermo, where he elaborates his own ideas and musical trends. Music has always been an important aspect of his life, there was an exact moment when music entered in his life because it has been part of his cultural background.

Michael Jackson was a great source of inspiration in terms of lifestyle and music, being the pioneer of his own style. At the age of 13 he entered in the world of dance culture thanks to his, first turntables, a present from his parents.

Dj Casto’s dream started to come true when he began to buy albums on vinyl and to play in clubs and private parties. The deep sound strongly stood out among Dj Casto’s musical choices merging whit funky ideas. Regarding his musical works, Dj Casto created sounds that are representative of the house style Typical of Chicago. From here on he collaborated with dj’s and successful producers of house music, such as Victor Simonelli, who gave him the opportunity to remix one of his most famous works “Feel So Right” in collaboration with “The Scientists of Sound” on the occasion of the 20° anniversary of its release.

Many other collaboration followed that, with several soul artists, such as Charles McDougald, Diana Lynn, Sandy Spady, Diana Waite, Bmp, Ronnie Canada. At present, Dj Casto is working on his next e.p. in which he presents albums that have a warm house sound, typical of the old school (Classic House, Chicago House, 90’s House), creating a rich groove. Love for music, the djing and the production, are constantly pumping in Dj Casto’s heart.