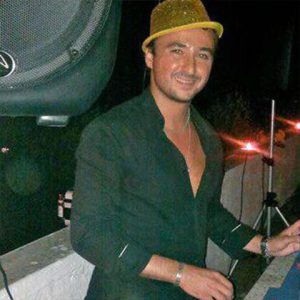 Christian Pascone born and raised in Italy ,he starts to move his first “steps” through dance music at the the age of 14 listening and focussing his attention on melodic house grooves of 70’s and 80’s without neglecting the “precious” ethnic contaminations that club music can achieve from all over the world. Such “cosmopolitan flavour” will be a distinctive tract in his formation as well as in his repertory and public performances.

Known to live his dj set as an energetic symbiosis with his public, he gives a shining example that sensual and raffinate melodies, togheter with irresistible powerful groove-rhythms, can speak an unique, highly suggesting language capable to seduce the ear as well as the heart going beyond the differences. Continuous innovating sounds crossing into a broad range of genres and merging all the musical elements at his disposal into a brilliant sound experience has been a key factor in his artistic profile.

Something magical happens with Christian is on the mix, a strong energy comes out and people get connected to the music in a dreamlike dimension as in an ideal journey all around the world. Technical prowess notwithstanding, he made his debut as producer in May 2013 with the hit “Sweetness Of The Dance” in collaboration with the experienced dj and producer Lukas Wolf and the great voice of Tantra Zawadi released from Nero Nero Records. His philosophy ? “We are purely made of music. Melody flows through the rhythm of our heart”(Christian Pascone)