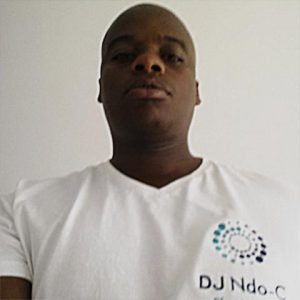 Dj Ndo-C born in Johannesburg grew up in the East rand influenced by pioneers like DJ Fresh, Vinny da vinncy to listen and understand deep sound in all its forms from jazzy tunes to soulful sounds, has excelled in playing all sounds deep. He has been a dj since 2001 started producing 2008 and performed across cape town night club such as Deluxe urban cafe ,Sinns and Tolas bar Chillers 169,KEFUS jazz pub….
Dj behind Mkhukhu sessions podcast and has appeared on the Godfathers house show on Good hope fm as a guest DJ. Now resides in Cape Town