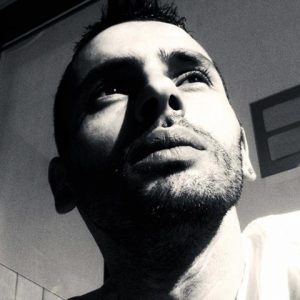 Nick Martira was founded in 1979 and its growth brings the first signs for the great passion: music. He starts his artistic career in 1993 playing in private parties in houses of friends, feeling quickly grow into himself that unique bond that only “those who create music” can feel free. For Nick the music itself becomes a powerful generator of emotions, a great tool that allows humans to smile and support key events in their lives.

The 1997 is an important year as Nick behind the console, through his DJ sets, says that increasingly strong desire to transmit strong emotions towards his young audience, thanks to his music and style differs from the usual, makes it unique, to be appointed by Prince fans. Lover of sound Tribal House and Underground, Nick martyrs during the 1997 exports that style and pace himself, clubs and trendy and cool onenight the local landscape.

Nick Martira In 2005, follows the project “HOUSEVOLUTION” a portal where web embodies all the initiatives of the group, the production of fashionable and trendy night life of up to become a tangible reality. In 2009 it created the NIMA’S GROOVE, an independent artist which is on the market through the web portal and the ability to purchase the music through the website. From the beginning the young nicks have been many changes that have crossed the musical world, but what for him will not change is the pleasure to interpret consistently their musical style.

Nick Martira since then follows the charge and the fighting spirit of competition and creativity that brought the band to new and important international collaborations, between managers and artists in the music house, creating a rich discography, such as: That’s Hot (Dawn Tallman) – Stuk W Me (Monia Amore) – I Fallen (Sophia May) – On Your Side (Kardri Anne) – Annette Taylor – Ada Dyer – and many others